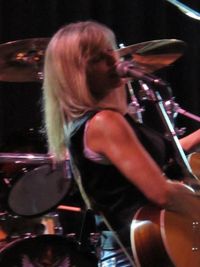 As a writer of hundreds of songs, some of Mary's notable  works include various film and television placements such as "Little" (Universal), "Nancy Drew & The Hidden Staircase" (Warner Bros/Produced by Ellen DeGeneres), "Half Brothers (Focus Features), "Desperados" (Netflix), "Transparent The Finale" (Amazon), "Togetherness" (HBO), "The Young & The Restless" (CBS) "The Gristle" (HBO), "Elvis Has Left The Building" (Tom Hanks/Kim Bassinger/John Corbett).

Mary was awarded Best Original Score and Sound Design for her work on the documentary "7 Years Underground".

As a performer, Mary's music shines brightly through her soulful southern voice. Her energy on stage is electric and contagious. She draws her audience in with her pure charm, her warmth, and her amazing talent. Mary also plays guitar, keyboards and saxophone. Her musical diversity appeals to all. Her original CD "Change of Pace" is a special mix of country rhythm and rock that leaves you wanting more. She has a great following and has earned a solid reputation as one of the Southland's most popular and beloved country artists. Mary White not only performs great shows for fans in the U.S., but was fortunate enough to be selected by the United States Armed Forces MWR to tour South Korea and Guantanamo Bay, Cuba to entertain the troops and spectators alike from all reaches of the globe.